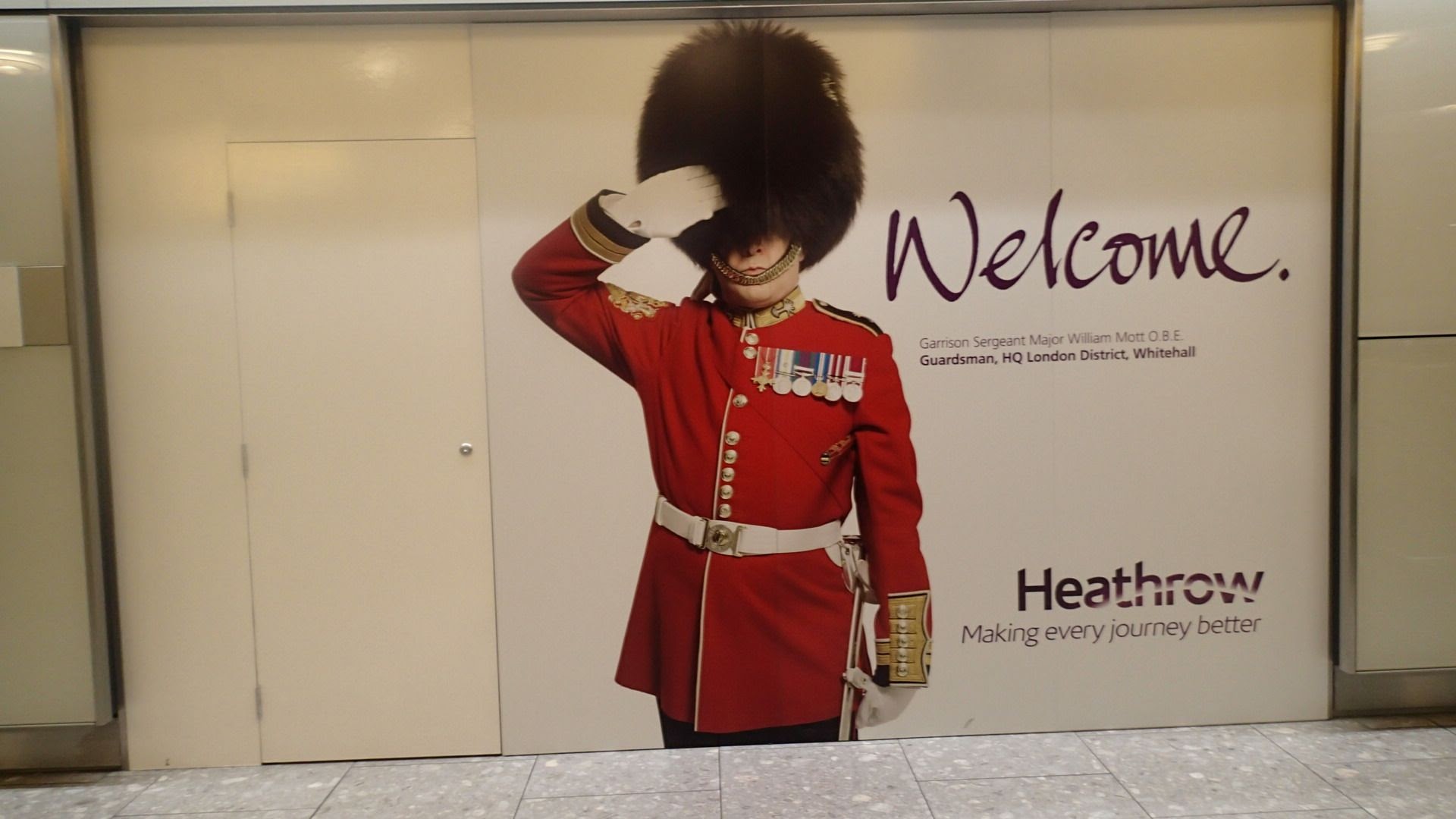 Southern Thailand – Koh Phangan Week 75: 14.04.2014 – 20.04.2014 Monday:- Today was my last full day on Koh Phangan! I had breakfast, worked out and meditated. Then we set off for lunch in Thong Sala. We parked up and had a wander around town – I wanted to see if there were any last minute souvenirs to take home. As it was once again the restaurant we wanted to try was closed and not open until 5pm. However, right next

Today was my last full day on Koh Phangan!

I had breakfast, worked out and meditated. Then we set off for lunch in Thong Sala. We parked up and had a wander around town – I wanted to see if there were any last minute souvenirs to take home. As it was once again the restaurant we wanted to try was closed and not open until 5pm. However, right next door was a French restaurant and it was open. We shared a fabulous platter of bread, cheese and cured meats, and then a lemon and sugar pancake. All very delicious!

We drove south and then left the scooter in a resort car park and took a stroll along the coast. It took us just over an hour, and through a number of beaches (all with their own special sand texture – from very coarse dead coral to fine fine silky smooth powder) until we reached the famous or rather infamous Haad Rin. This is where the full moon parties are held. Once a month tourists take a boat to the island to enjoy a night, and the early hours, on the beach in the light of a full moon. I think the stats for the height of the high season are that 30,000 tourists arrive on the island, which is populated by 8,000 locals and ex-pats, for the monthly full moon party. It’s crazy! And even today, at around 6pm, the boats had started and the beach was set up with bucket bars and tourists had already started to drink and be merry. It was quite a sight!!!

We didn’t hang around for long before heading back along the coast. It was dusk as we returned to our starting point again. We climbed a rock jutting out of the ocean and sat to watch the sunset. Not a spectacular sunset but wonderful all the same.

Dinner was back at Chaloklom. We tried a new restaurant called 2 brothers. It had been recommended and by the looks of the packed tables was going to offer good food. Wel, we ordered 3 dishes so we could mix and match. That was the plan but in the end each dish was served separately, so we had three courses! We’d also ordered a lot of deep fried food – not quite what the description on the menu had led us to believe. The finale was baked macaroni – we so could have got them under trades description, although there was pasta in there, somewhere, I think!!

We trundled back to the house, watched another movie and called it a night.

Breakfast at the house before I set to with my packing. I decided it was a bit of a waste to take most of my clothes home – they’d be no use to me there. So I packed the basics, including keeping something warm to travel home in, and left the rest at the house. Oli agreed to box them up and send them onto Chiang Mai. It was the easiest packing I’d had in ages.

With most of the packing done, apart from toiletries, we left for the beach. A last coconut and swim in the ocean. The ocean floor was full of sea cucumbers and some of them were BIG! I’d only been in the water for a while when the clouds went dark, thunder rumbled in the distance, and then the rain started.

Lunch was the last of the home made quesadillas on the veranda. I was starting to feel a bit sentimental about this place and I hadn’t even left!

I showered (in the company of gecko poop, which had been a regular and somewhat mysterious occurrence in the bathroom) and packed the last few things.

Then we loaded up the bike and set of for the ferry port at Thong Sala. After some toing and froing we found the right ferry and climbed aboard.

The ferry was pretty full – mostly party goers from the night before. They all looked in fair shape, but it had rained hard last night and so maybe the party spirit had been dampened. It was a short journey, about an hour, so we were soon at Koh Samui. Just as we disembarked a plane flew right over our heads before landing – I could almost have reached up and touch it, it was so low.

We were expecting to be bombarded by guesthouse touts but there were none. We walked around a bit before finding a hotel. It was rather posh, by my recent standards, and also rather pricey, by my recent standards. But…it was right here, and it was my last night. It was also fairly close to the airport. We checked in.

An evening stroll around the market, and a quick stop at 7/11 before finding an Italian restaurant for dinner. Then a stroll along the beach to a swanky beachside restaurant for dessert and a late sundowner.

How ironic that on my last full day in Thailand before returning to the UK I had to set an alarm to force me out of bed!

A quick shower and final packing now I had my travel clothes on. My trusty little second hand sandals would stay behind. Maybe someone else would get some use.

Oli managed to flag down a taxi and negotiate a better deal than the hotel reception had quoted last night. So, I bundled in after my bags and waved off Oli. It was only a short journey to the airport, where I joined the end of a very long queue to the check in desks. The queue moved quickly and so I was soon checked in and through to gate 7. A stop off at the super modern toilets and onto the complimentary snacks. Bonus!!!

I boarded for the short flight, ate my complimentary brekkie, and was soon disembarking at Bangkok.

A large, sprawling airport. The gates were quite a distance apart and my new boarding gate was a little elusive. I had time to spare so I browsed the duty free stores, wandered around and even had time for a quick chat with Ocean on the phone.

I waited for my flight and managed to find a power socket to charge my iPod. The flight was full and so I had a middle section aisle seat.

It was a twelve hour flight and included two rather tasty meals. And…. I was served tomato juice with shed loads of Worcester sauce. Oh yes!!!!

It’s not often I have a daytime long haul flight. It’s usually overnight and I try to sleep. Today I just watched back to back movies!! I almost managed 6 full movies…
– Railway Man
– American Hustle
– Book Thief
– Philamena
– All Is Lost
– Hunger Games (so nearly to the end)

After all of those hours we arrived at Heathrow. I disembarked, changed into even warmer clothes, whizzed through passport control in the e-passport queue, collected my awaiting bag, cleared customers and was out to arrivals in double quick time. Just as well as the flight had arrived a little and Dad had got there early. There was Dad waving a Union Jack flag and clutching a beautiful bouquet of roses.

The journey home seemed to take forever. It was around 7pm and we were right smack in the middle of rush hour. The traffic was bumper to bumper and not a scooter in sight. What a strange life of sitting in a car waiting for the way to become clear!

I was home around 8 and felt so strange stepping through the front door of my house. Things looked a little different but mostly it was the same. My lodgers had taken care of the place and even cleared my bedroom out so I could move straight in.

I was able to stay awake for a while – I’d been travelling for 20 hours or so – but then I called it a night. A night back in my own bed after 18 months away.

It was a day of taking stock. Of catching up on laundry. And of going to Tesco to get some food. I was now car-less and so I walked to Tesco with an empty backpack. Nothing had changed at Tesco. Everything was in exactly the same isle it had been in when I left. I shopped carefully and as healthily as I could whilst still picking up some things I’d been carving for a while. Salsa and tortilla chips – thank you god!!

The rest of the day was spent cleaning. I’ve never been a great one for cleaning but today I realised my standards had actually been quite high.

The day was soon over and the time difference started to tell, so I had a relatively early night.

So, having had a day to find my feet I how needed some time to find my clothes. I only had one set of clothes which are wearable here in the UK weather. So, I took a deep breath and opened the loft hatch. Wo, I’d forgotten how much I’d stuffed up there. I located the majority of bags which had clothes in and carried then down the ladder. After a quick sort, I decided which I could use and started a laundry marathon.

Dad came round around midday and we chatted whilst I retrieved a few boxes from the loft so that i had a change of clothes. Dad had brought round the boxes I’d sent home during my time away and I spent some exciting moments re familiarising myself with some old clothes and all the wonderful things I’d bought.

Breakfast plus juice, meditation, a shower and some different clothes!!

I took the opportunity to take a walk into town. I did a bit of shopping and took in the changes to the town – a few things were different.

A trip to Tesco, dinner, movies and bed.

My lodger was home today and I joined him in the early morning to try out Thai Chi. It required bare feet and boy was it chilly. I’m not too used to these temperatures! Afterwards i took a very short jog around the blog. I had some fitness training to catch up on!

I meditated and then tucked into a breakfast.

It was soooo cold and rainy!!! So I spent the day starting to organise my trip to Spain for the Camino. – flights booked, hotel reservation requested, mental list of clothing. It was then that I realised my walking boots were sitting in a bag in Tammy’s wardrobe in Washington, D.C.

I also got up to date on blog and watched movies all day. Finally ending the day chatting with Mum.