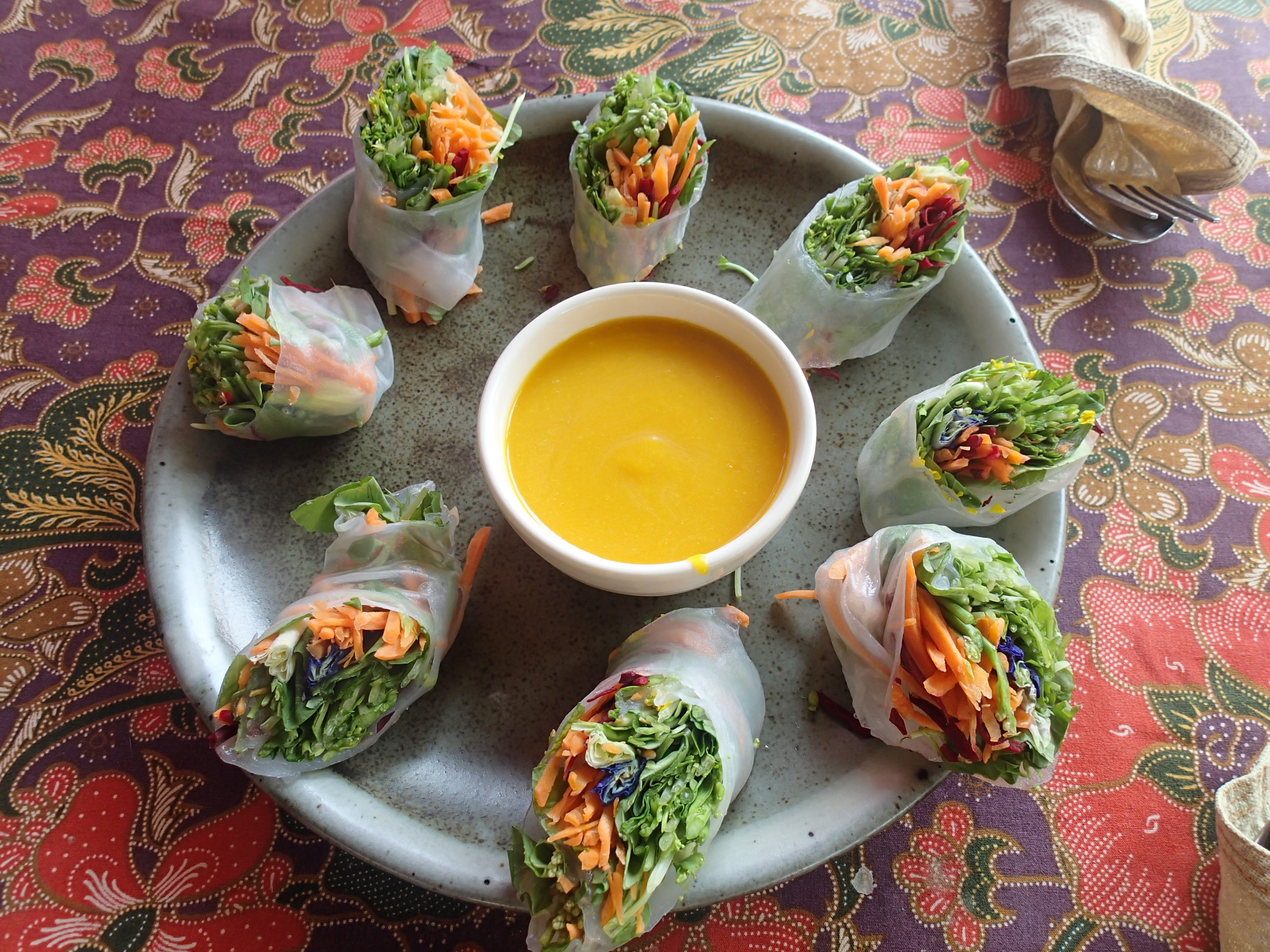 Northern Thailand – Chiang Mai Week 70: 10.03.2014 – 16.03.2014 Monday:- I had breakfast in one of my very old haunts – ‘Good morning Chiang Mai. A blow out brekkie as Oli and I were off on another road trip. Out into nature. We headed out towards the university grounds and then up into the hills. We parked the scooter at the bottom of a narrow path and followed it up, up and up towards the temple at the top. Both

I had breakfast in one of my very old haunts – ‘Good morning Chiang Mai. A blow out brekkie as Oli and I were off on another road trip. Out into nature.

We headed out towards the university grounds and then up into the hills. We parked the scooter at the bottom of a narrow path and followed it up, up and up towards the temple at the top. Both the pathway and the temple were spectacular.

After wandering around the temple grounds we sat with our feet in the flowing water and enjoyed its coolness. And watching the wildlife – including a very determined ant trying to haul a dead mayfly home, and a step full of ants.

On the way home we stopped off at the university pond for an evening stroll.

I spent most of the day catching up on my laundry and by blog – yikes, I’m six weeks behind!

The evening was a little more fun. Although it was another one of the group leaving! It was Sofie’s leaving meal at ImmAim. I’d been there with Ocean a few times but she’d always driven. After circling around the area and retracing my steps a few times I found the place.

The evening was well attended and we had one huge table. The food was amazing and it was a great night to catch up with friends.

I found my way home much easier than getting there

Then a swim at GreenHill and some time by the pool.

I stopped off for groceries on the way home and found a couple of vagrants at my front gate. Actually it was Ocean and Jaan. Ocean wanted to check out the place as she was seriously considering taking it on when I left. I think she was impressed.

They stayed a while which meant a late dinner before bed.

After a morning meditation I continue by search for a flight home – not good, flights had gone up £180 since the other day!!!

I met Caroline for lunch at ImmAim. This time I found my way first time. We chatted for 4 hours!! Time flies!

I stopped at GreenHill again for a swim. Then back home for a quick change.

I met Honor on canal road corner and we convoyed to Oceans to meet for dinner. We walked to the little street restaurant and had a tasty veggie (non MSG) meal.

We said our goodbyes to Honor before Ocean and I went to Jam night at Tea Tree – it was a bit different tonight – different people and different vibe and instruments.

I woke early as usual but didn’t fall back to sleep as Is normal.

I met Honor for breakfast at Birds Nest . We chatted the entire morning away and Honor ended up skipping school.

I stopped off at Dream House to chat with Waew before stopping at KSK Box Office to collect theatre tickets. Leo was in a show and I’d agreed to co-ordinate the group and get the numbers up.

I swam again and met up with Marie, Oli and Richard

I was up early but not to go to the bakery.

I met Dennis, Honor and Oli for a huge breakfast at the UN Irish pub.

We spent the morning and a good part of the afternoon walking the second hand market. You can buy pretty much anything here. Amulets, crystals, cowboy boots, clothes, phones, furniture – anything!!!!

I ended up buying a few things – no surprise there!!

After the exhausting shopping spree we stopped at Love at First Bite for cakes and tea. Very civilised!!!

Honor and I then spent a productive few hours rummaging through the second hand clothes market – Honor’s first time and she was like a kid in a candy store.

I had dinner with Oli.

It was an easy morning.

This afternoon though, I was on a mission. I had to go to immigration next week to obtain my 30 day visa extension. My last trip for a while!

Being Sunday the old town was buzzing. I got the relevant copies of my passport but the place I usually got passport size photos, next door, was closed. I walked to another place near the three kings monument. Whilst I waited for the photos to be printed and cropped I looked around the market stalls in that area.

I collected my photos and walked through the main market which was fun as I hadn’t done it for a while. I was also out to find a travel agent which had been suggested – they may be able to do cheap flights. Well, I walked the entire Thae Pae road without finding it. In my defence most shops had the shutters down as it was the market – I guess they feel everyone will be browsing the street stalls rather than booking tours and flights.

None of the cats, have I mentioned that the little Chiang Mai community I’m part of are called the cats. Richard is in charge of organising us, which is why he’s called the cat herder. It’s no mean feat. Anyway no one was in town so I headed home.

I spent the evening checking out flights – flights home, and also flights to Pamplona. The Camino was looking more and more likely. The Pamplona flight wasn’t forthcoming but I bit the bullet and booked a BA flight home. Not cheap, but direct from Bangkok.