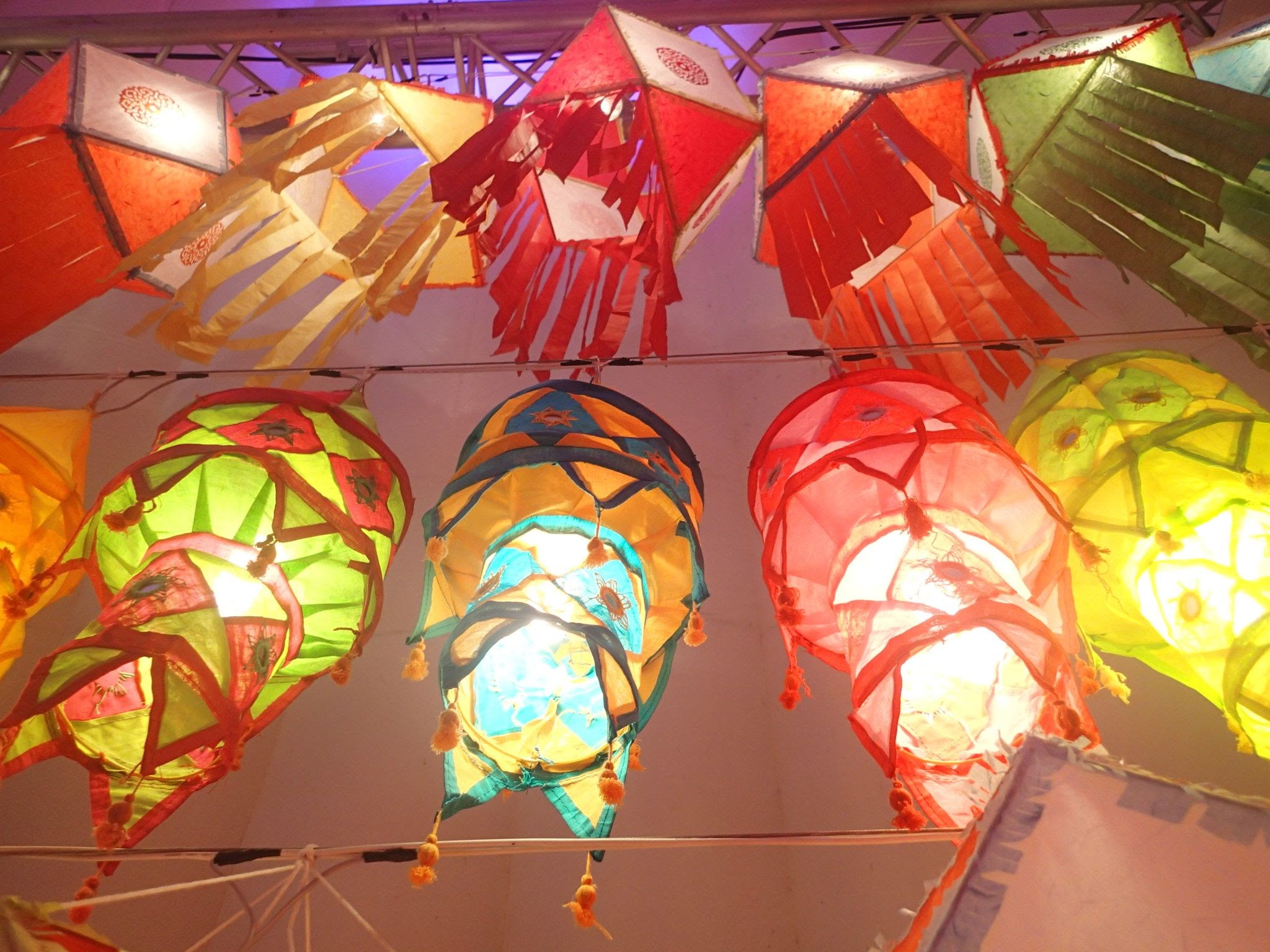 Thailand Week 42: 26.08.2013 – 01.09.2013 The week started much better but it was another up and down one. A actually managed a proper walk on Monday. I trundled off to the north east corner of the town and found the organic place Taywin had shown me a week or so before. I bought a few items including hair conditioner and lovely veggies. Poor planning meant I forgot to take my own bag so had to carry everything back stuffed in

The week started much better but it was another up and down one.

A actually managed a proper walk on Monday. I trundled off to the north east corner of the town and found the organic place Taywin had shown me a week or so before. I bought a few items including hair conditioner and lovely veggies. Poor planning meant I forgot to take my own bag so had to carry everything back stuffed in my pockets or in my arms – oh dilly daydream! A few detours along the way for a fruit smoothie (I thought my stomach was up to it), some beautiful Thai craft items and a Ganesh carved crystal. I actually felt human today and it was a breath of fresh air. I even managed a brief trip to the bar with Taywin that evening.

The next day was not so good and I was once again confined to my room where I either paced the room, watched Aussie TV !!!!!!, or slept. I couldn’t face food but by the evening I knew I needed to eat something. By now I’d stopped caring what would be good for me and went for the only things which vaguely appealed and I thought I could stomach. It’s amazing what a bacon roll can do. I actually started to feel better. Taywin stopped by with some more pills. A very dubious looking packet all in labelled in Thai and with a picture of a scorpion on the front “it’s herbal” he said when I questioned what on earth he was giving me. I promised I’d take them, but stuffed them in my drawer as soon as I was back in the room. I’ve been pretty open minded but that was just asking too much. The success of the day was my call to Virgin. I didn’t pull all of my hair out before eventually getting all my new flights confirmed, so it looked like I was off to Bali in a few weeks.

Fortunately, the next few days were better and I got out on my scooter. It felt so good to be out and on the open road even if it was just to get over to see Taywin for an hour or so. In the afternoon I hooked up with Leo at her place where she was giving a guitar lesson. We decided to give the cinema a try this evening. Three of us, me, Leo and Oud (Leo’s boyfriend) headed off early for Airport Plaza so that we could visit the supermarket there before the film started. I was in search of marmite. Lucky for me there was one jar left on the shelves and it had my name on it. The film was great, Mortal Instruments, but there’s always some disappointment when you leave the cinema realising that you don’t have the super powers you’ve just been utterly absorbed with. We left via the supermarket exit where they we just closing and selling off the bread 2 for 1 – bargain. On the way home we passed a convoy of rickshaws covered in beautiful red lanterns taking tourists around the old town moat circuit. Once home needless to say dinner that night was fresh uncut bread with butter and marmite. I was in heaven. I made a very quick stop at the bar later that evening and called it a night.

Dream House, where I am staying, needs an injection of something to bring in the punters. So Waew and I decided to do something about the rather overcrowded front entrance. We set to rearranging stuff, throwing stuff out and giving the place a good clean. The result was a much more welcoming first impression. It was a morning and afternoon well spent. Lets hope it has a good effect on the tourists. Time for lunch. I was invited to have lunch with Waew and her friends. It turned out to be a selection of dishes all wrapped up in their own individual little bags. Having just recovered from dengue and having a settled stomach I was a little dubious. Thankfully the first dish was so spicy that I was able to decline the rest of the meal with a reasonable excuse about a weak stomach. I went to free bird for a healthy meal followed by a real treat – chocolate brownie. I know, not the best decision but I couldn’t resist.

My health continued to improve and I made it out most mornings for breakfast – yes I was actually getting up early enough to have breakfast. And then I was walking it off around the town. One evening I went to see the lantern festival. An imaginative collection of wonderfully coloured lanterns of various sizes and designs. As you can imagine it drew the crowds.

The next day i noticed the lantern festival continued along the moat with huge animal sculptures which represented the chinese years all beautifully covered in coloured silks.

Saturday saw a second trip to Doi Suthep temple. It’s up in the hills but instead of being a scooter passenger this time Waew’s friend Woody drove us there in his swanky 4×4. So Waew, Woody, Leela (another of Waew’s friends who I was getting to know as she spent many afternoons at Dream House) and I climbed aboard. They are not big on walking here so when we got there instead of taking the steps we took the cable car. The purpose of the trip was to bless the Dream House guesthouse business. It’s been the low season here and life is not so easy for local businesses during these months. The hope is that the high season which starts in October will be good and help them survive another year. I was included in the various ceremonies – walking three times around the stupa chanting the appropriate words (in Thai!!!), presenting lotus flowers and candles to Buddha, and being blessed my the resident monk. It was soon time to leave and we did our best to dodge the rain as we made it back to the car. I was dropped off at the Tops supermarket on the way home and stocked up. I spent more money on food than I had ever in Thailand but after the dengue escapade I felt like splashing out and having some home comforts. I bought salt and vinegar crisps (sadly no where near as good as the Aussie ones), cream cheese, Parma ham, and bitter dark chocolate. There is a god!!

On Sunday a group of us took the north road out of town to the lake – just getting there on our scooters is such great fun. Although I had a little voice in my head saying you’re awfully low on gas! There were six of – Leo and Oud, Jelena, Marion and Irene, and me. After taking a scenic trip around the whole of the lake which is a fair few miles we parked up and took residence in one of the open huts. The day passed just chatting, Jelena was brave enough to take a dip (hmmmm not sure about the colour of the water), eating great food from the little restaurant there (I learned more Thai phrases including ‘not too spicy’ – useful), watching the kids play in the water, and singing – yes singing. Leo and Marion both play the guitar and took it in turns to entertain us. Does life get anymore chilled.

The rain started off in the distance and we took it as our cue to leave before it reached us. It was at our backs the entire way home and caught up with us at times. As we got to just outside the old town I took a detour for gas. So glad I did. The bike started to jerk and then it cut out just as I reached the gas station turn off – I had to be pushed to the pumps by the attendants. Never a dull moment!

The evening was spent with Waew at the Sunday market. We bought a few things to spruce up the guesthouse – she welcomed my company and input on colours etc, so I was in my element – and we came away with a few real bargains.

Next week we would go into operation Dream House. My travel experience could be put to some good use and give Waew some ideas which would make the guesthouse more appealing to tourists.