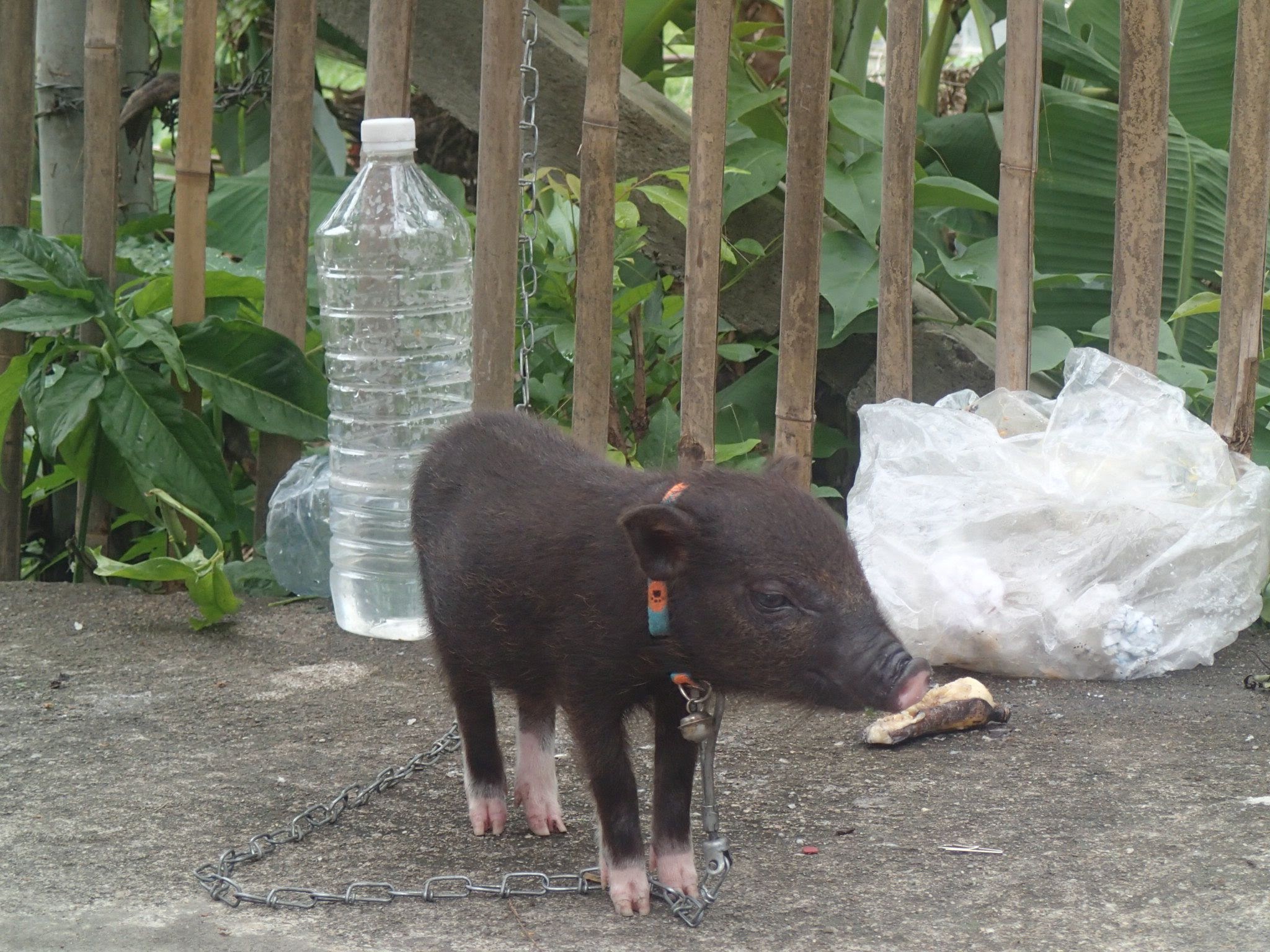 Thailand Week 38: 29.07.2013 – 04.08.2013 Well everyone, things are getting a little more routine these days and my weeks are not nearly as varied as they were. I’m sure my updates aren’t very interesting to read or, I must admit, to write up. So…..for a while I’m just going to do brief updates and only mention any highlights, adding photos where I have them. Most days I usually wake up around 9am, meditate, potter and then head out of town

Well everyone, things are getting a little more routine these days and my weeks are not nearly as varied as they were. I’m sure my updates aren’t very interesting to read or, I must admit, to write up. So…..for a while I’m just going to do brief updates and only mention any highlights, adding photos where I have them.

Most days I usually wake up around 9am, meditate, potter and then head out of town a few Ks for training at the gym. This is followed by lunch, afternoon of chilling or whatever I feel like doing, dinner and quiet evenings. I wonder why I’m enjoying life so much!

This was a week that truly represented the rainy season. The rain doesn’t have to stop you doing things but I’m easily convinced to stay indoors and enjoy quiet times in my own company.

The main events of this week were……

I took a walk out of town in search of new stores in the hope I could find some traditionally made basket ware to help me organise the stuff in my room, including finding a better storage system for fruit. I’m sure the plastic bags are not particularly healthy. I had to walk over the bridge and then along the moat. If I’m starting to lose you here due to the riveting subject matter, hang in there it’s about to get juicy. I was surprised by the number of people gathered along the banks of the moat but there’s always some public holiday or festival to cause gatherings here. The police cars and ambulance made me a tad suspicious and it was then that I realised that there was a body floating in the water, face down! I didn’t stay to watch the body of a man be pulled out nor did I take photos. I later found out through the active and very speedy grapevine that it was an Indian man. I don’t know how deep the water is but it’s quite possible to haul yourself out the sides if the need ever arose. I never found out any more about the incident so I’ll leave you to draw your own conclusions.

I found my baskets and agreed a great deal. Just as well! I stopped at another shop on the way home and the little old lady adored one of my baskets that I couldn’t resist but hand it over to her. I’m not sure she quite understood the gesture but eventually accepted it as a gift. The rest look great in my room and I know you’ll be relieved to know the fruit has settled in well to its new home.

One evening saw a visit to a guest house that had come on the market. It was just around the corner from my room and funnily enough I’d admired the three story building in the past. It was vast and in good condition although the layout would take some thought before it could be converted into dorm rooms. It was a serious consideration. Waew and I worked out the income v costs and also those for the set up. I wasn’t entirely convinced it is a great deal nor how I could jointly fund the venture. I had a anxious night thinking this through as the deal would have to be made tomorrow. I finally decided a) I couldn’t rustle up the money that quickly, and b) I wasn’t ready to make such a big commitment so quickly. As it happened the deal fell through overnight as someone made a better offer. I was relieved.

Taywin and I took a trip out to the out of town sports complex to deliver some papers. It’s a massive place but is deserted. I’m not sure it’s even open which is such a waste. We were close by to a lake and so detoured to it on the way home. A beautiful place despite it being overcast. Locals come here to enjoy the water (I would not swim in it like they do!!!) and the scenery. I found a little family of cats enjoying the weekday peace of the place. We drove around the lake taking shelter as the rain kicked in. You never know if a shower will be just that and last a few minutes or be set in for the day. A the rain subsided we braved it and made it home. Getting just a little but damp.

This week was the first week,ever, that I went to dinner with a man wearing nail varnish. Not anything subtle you understand. Full rasta colours. Taywin didn’t batter an eyelid which is more that I can say for most people in the restaurant. Never a dull moment. Oh, I should explain. The nail varnish filled a fun filled half hour the night before when the bar was quiet. He’ll do anything for attention.

One day after training I took a walk around the local area and checked out one of the nearby hotels. They offered 2 room apartments on a monthly basis. They were fabulous spaces and the views were great. 2 balconies – the front overlooked the road and the comings and goings of the market, and the back the mist covered hills. I could live here. The crunch though was that it was half as much again as my current room and quite a way out of town. Another option to stash and consider another time.

Went to the Sunday morning/afternoon second hand market which is out of town. So much interesting stuff once you pick through the crud. Spotted THE cutest little piglet standing guard at one of the stalls. What a friendly little chap he was!